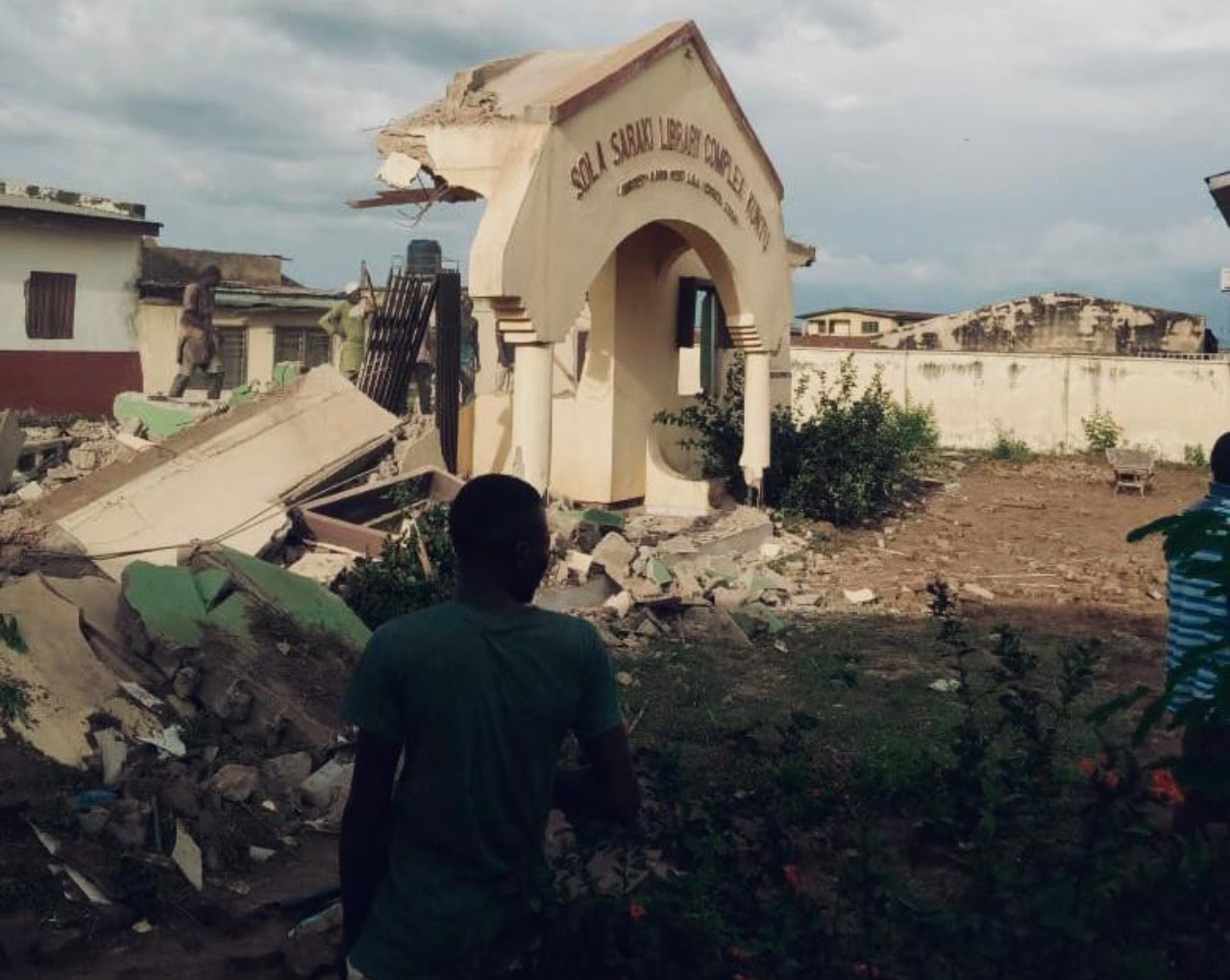 Gbemisola Ruqayyah Saraki, a sis to the former Senate President, Bukola Saraki, has expressed disappointment at the Kwara Province Governor, Abdulrazaq Abdulrahaman, for demolishing a library named after her belatedly begetter, Baba Saraki.

In a tweet on her verified Twitter grip, Mrs. Gbemisola alleged that the governor has no focus on building the province but to destroy the existing infrastructures.

According to her, no matter the displace by the governor, the legacy of the former Waziri of Ilorin would not be erased.

Her tweet reads, “Yet once again, nowadays we regain that the Governor of Kwara Province’s focus is not on building upward Kwara, but on demolishing buildings which were owned or named after my belatedly begetter the Waziri of Ilorin.

“No matter how many structures are demolished, Baba Saraki’s legacy can never be destroyed, because it lives in the hearts and minds of the great people of Kwara.

“May Allah proceed to guide and protect us all. Aamin”.