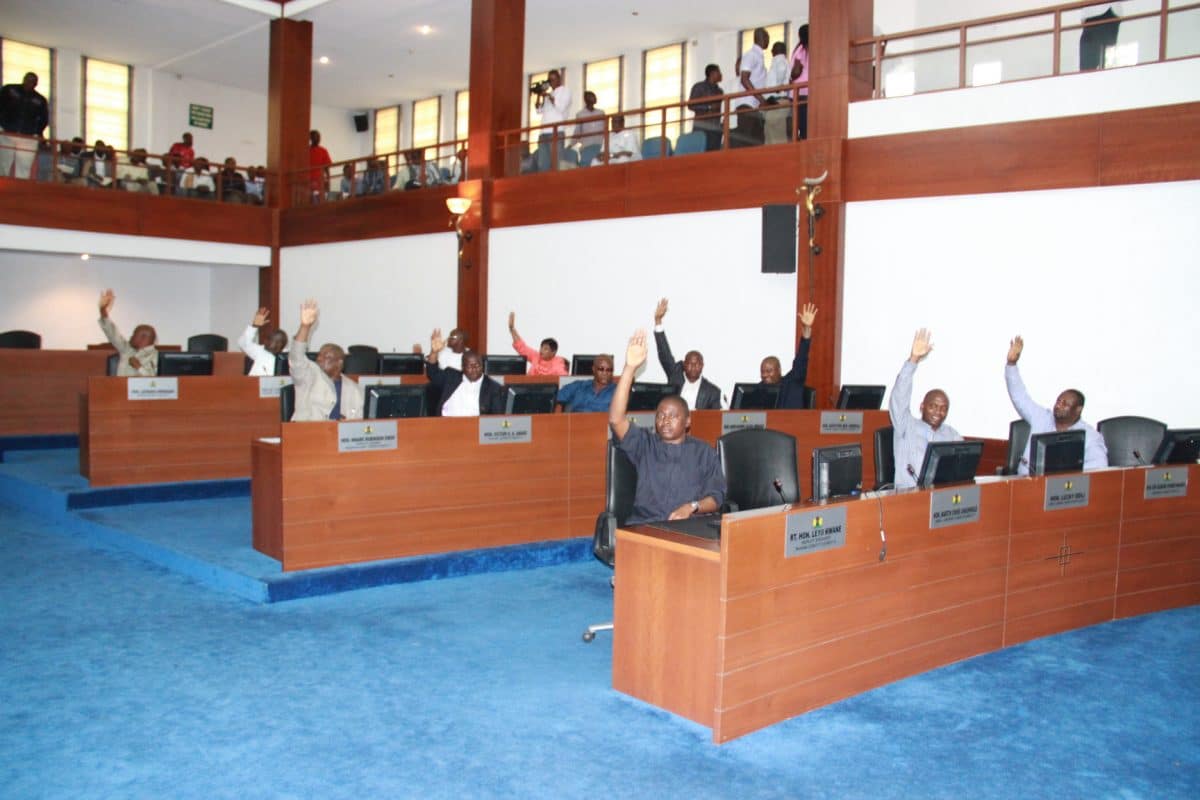 Members of the Rivers Province House of Assembly have threatened to embark on a protestation to the National Assembly against the exclusion of the province from states benefiting from the fresh loan asking by the federal authorities.

The House issued the threat during plenary after a motility presented by the leader of the House, Martin Amaewhule, asking the House to sentence the exclusion.

The lawmakers urged the National Assembly not to approve the asking by the President whether Rivers Province is not included in the listing of benefiting states.

The House, nevertheless nonetheless, resolved that the protestation will be after “due consultation” with members of the National Assembly from Rivers Province.

Speaker of the house, Ikuiyi Owaji-Ibani, spell speaking on the motility, described the said exclusion as “divisive”.