Chairman of the All Progressives Congress (APC) in Oyo State, Mr. Isaac Ajiboye Omodewu has charged the newly inaugurated state executive members of the party to, without wasting more time, settle disputes and differences among the aggrieved members of the party.

Omodewu, a former commissioner in the state, made this disclosure on Tuesday during the inauguration of state executive members the party.

Our correspondent recalls that Omodewu and other state executive members of the party were elected in October last year.

The party chairman, while speaking at the event held at the secretariat of the party located at Oke Ado area of Ibadan, charged the new officers to work in line with the party’s constitution.

He advised them to carry all members along without discrimination or nepotism.

Omodewu, while speaking further, enjoined the new officers to settle all disputes and differences in the party leaving no aggrieved party members behind.

He added that the new local and ward executives were products of the ongoing harmonisation and reconciliation process within the party.

Omodewu added that with the ongoing harmonisation and reconciliation process, they would dislodge Governor Seyi Makinde-led Peoples Democratic Party (PDP) in the 2023 general elections.

He said that the era of impunity has gone in the party.

He then directed local chairmen of the party to inaugurate other local and ward executives immediately with the exception of those in Ibadan South-West, Ibadan North-East, Ibadan North-West, Oyo West and Iseyin local government areas. 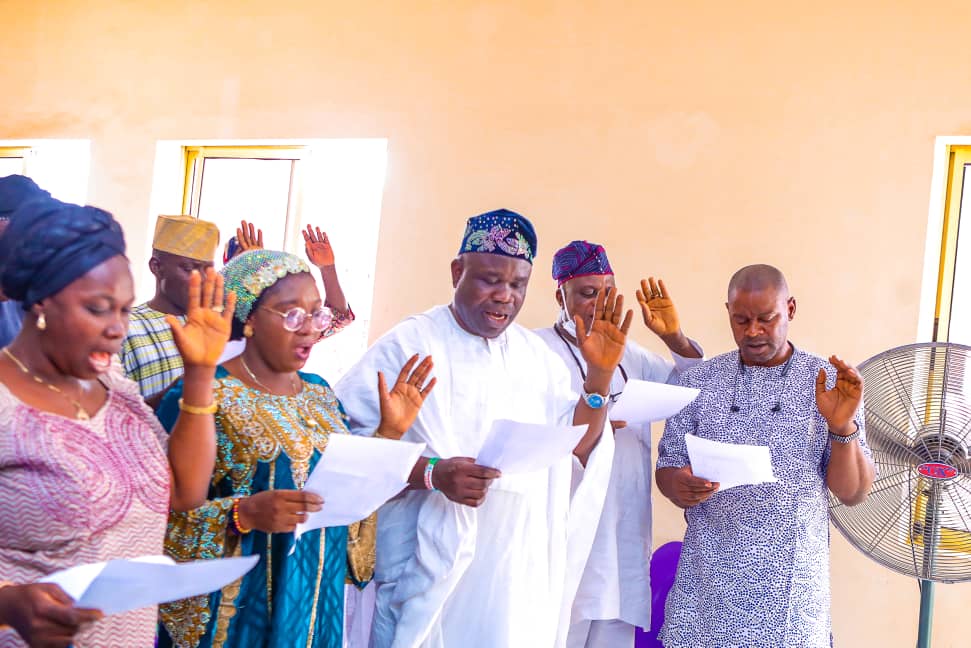 “To the state and local party executives being inaugurated today, I charge you to work in line with the party’s constitution and also ensure you carry all party members along without discrimination or nepotism.

“You are also expected to work hard to settle all disputes and differences in the party living no aggrieved party member behind.

“I am assuring our party leaders, aspirants and their supporters that era of impunity and imposition of candidates is over.

“Our administration shall create a level-playing field for members jostling for one position or the other in 2023 elections.

“We are returning the party to the members; they will determine the faiths of all aspirants. No leader or group will be allowed to impose candidates on the party,” he said.

“Let me reiterate that APC is a party built on the principles of democracy and human development; the party provides equal opportunity for every party member and any Nigerian that is willing to join the party”.