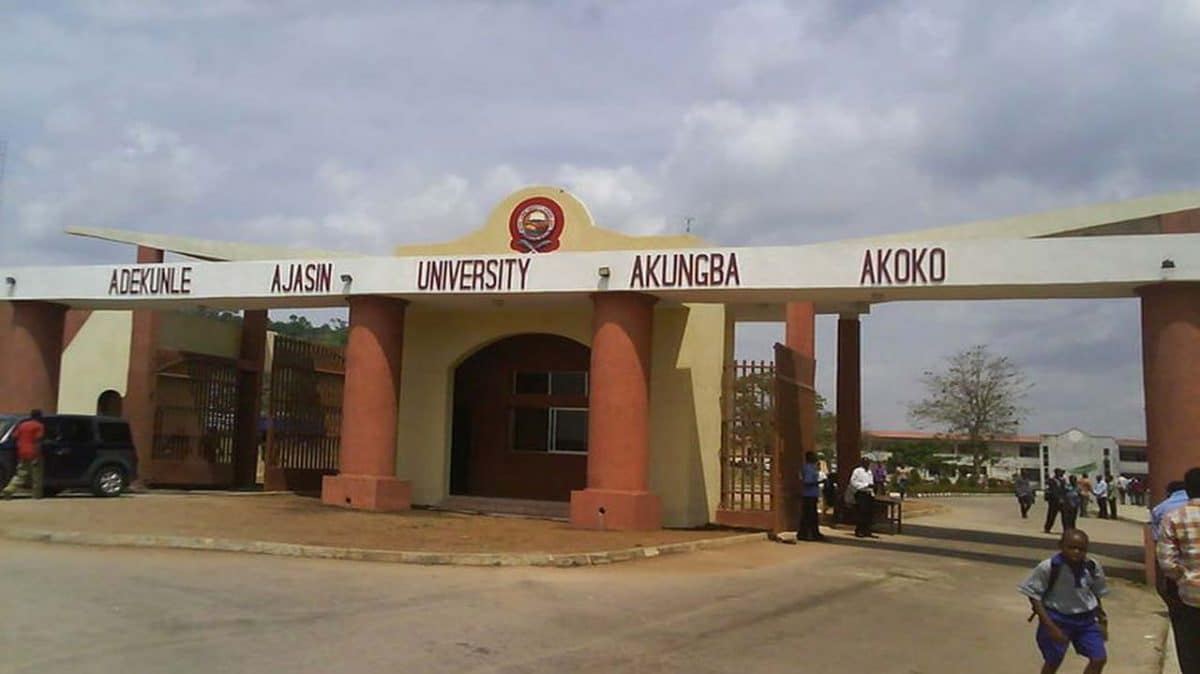 Adekunle Ajasin Academy, Akungba-Akoko, AAUA, Ondo Province has been closed downwardly indefinitely next the violent protestation that rocked that institution over ‘No school fees, No test’ policy introduced by the institution’s direction.

According to the Vice Chancellor, Prof. Gbenga Ige in a statement issued by the institution’s Registrar, Mr Olugbenga Arujulu, the students were ordered to vacate their halls of residence with instant effect.

The students had on Monday, staged a protestation against the direction of the institution over the ‘No school fees, No test’ policy introduced into the school’s system.

The students who converged on the campus of the institution in their numbers, disclosed that many of them were yet to pay their school fees and as good do their online registration.

With the direction of the school said to be hell-bent that no student would be allowed to write the test without paying the fees, the first off semester test which was supposed to take hold on Monday was position on take hold as no student was able to go to the test corridor to write their papers as a final result of the protestation.

Angered by the evolution, some of the students also mobilized to the main gate of the academy where they barricaded the Owo-Ikare highway, thereby causing a traffic logjam for several hours.

The socio-economic activities around the institution were paralysed as the students chanted various solidarity songs during the demonstration.

The President of the Students’ Union Authorities of the institution, Kolade Ogunsanmi confirmed the evolution.