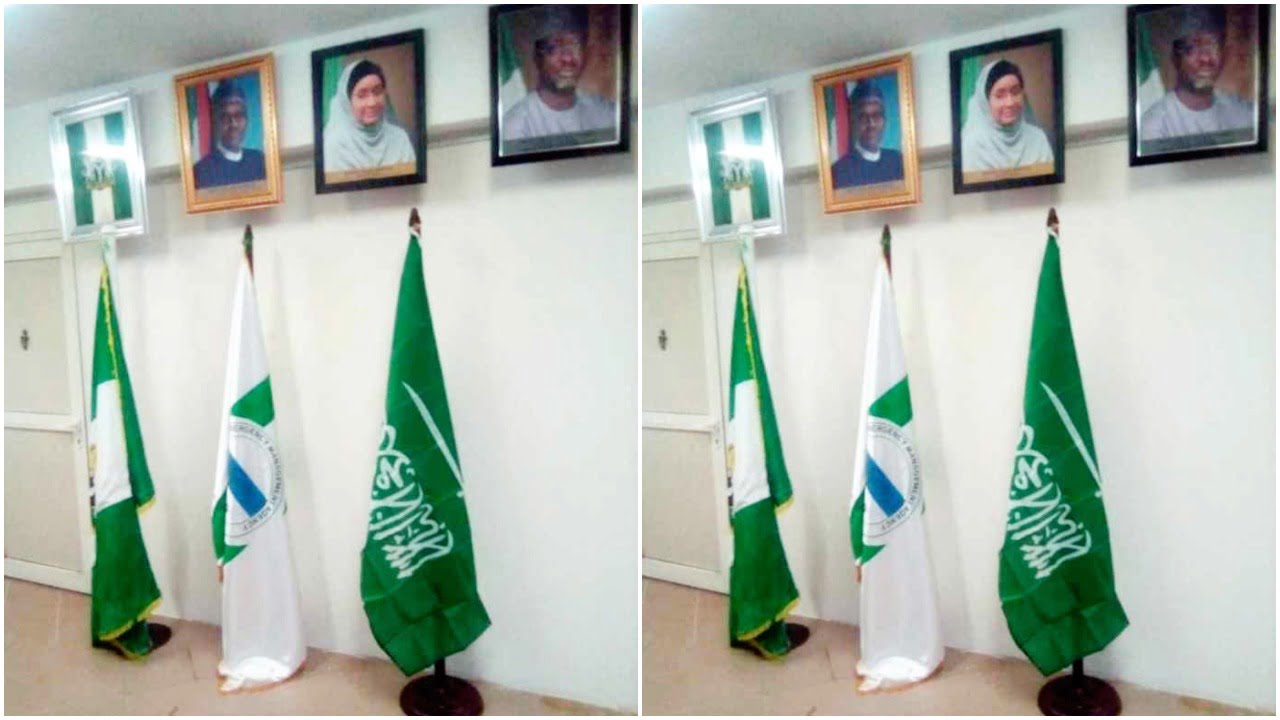 The National Emergency Management Agency (NEMA) says the claim that “an odd banner” has been lifted at its base camp in Abuja was false.

Manzo Ezekiel, Head of Public Relations, in an explanation explained that its workplaces just presentation the Nigerian banner and NEMA’s.

He said the image available for use was taken on Friday thirteenth August 2021 at the appointing of NEMA’s recently overhauled Emergency Call Centre.

The office, Ezekiel noted, was redesigned with help from the King Salman Humanitarian Aid and Relief Centre.

The Center additionally gave food help to people influenced by rebellion and banditry in the North-East and North-West.

“Flags are vital public images. It was not unexpected to have banners of Nigeria and that of Saudi Arabia set behind agents of the two countries at a two-sided work,” he said.

The representative said at the capacity were delegates of the Saudi Embassy and a group from the King Salman Centre.

Ezekiel added that the Saudi banner was promptly eliminated and encouraged Nigerians to ignore “the bogus caution and bombed mission of calumny”.