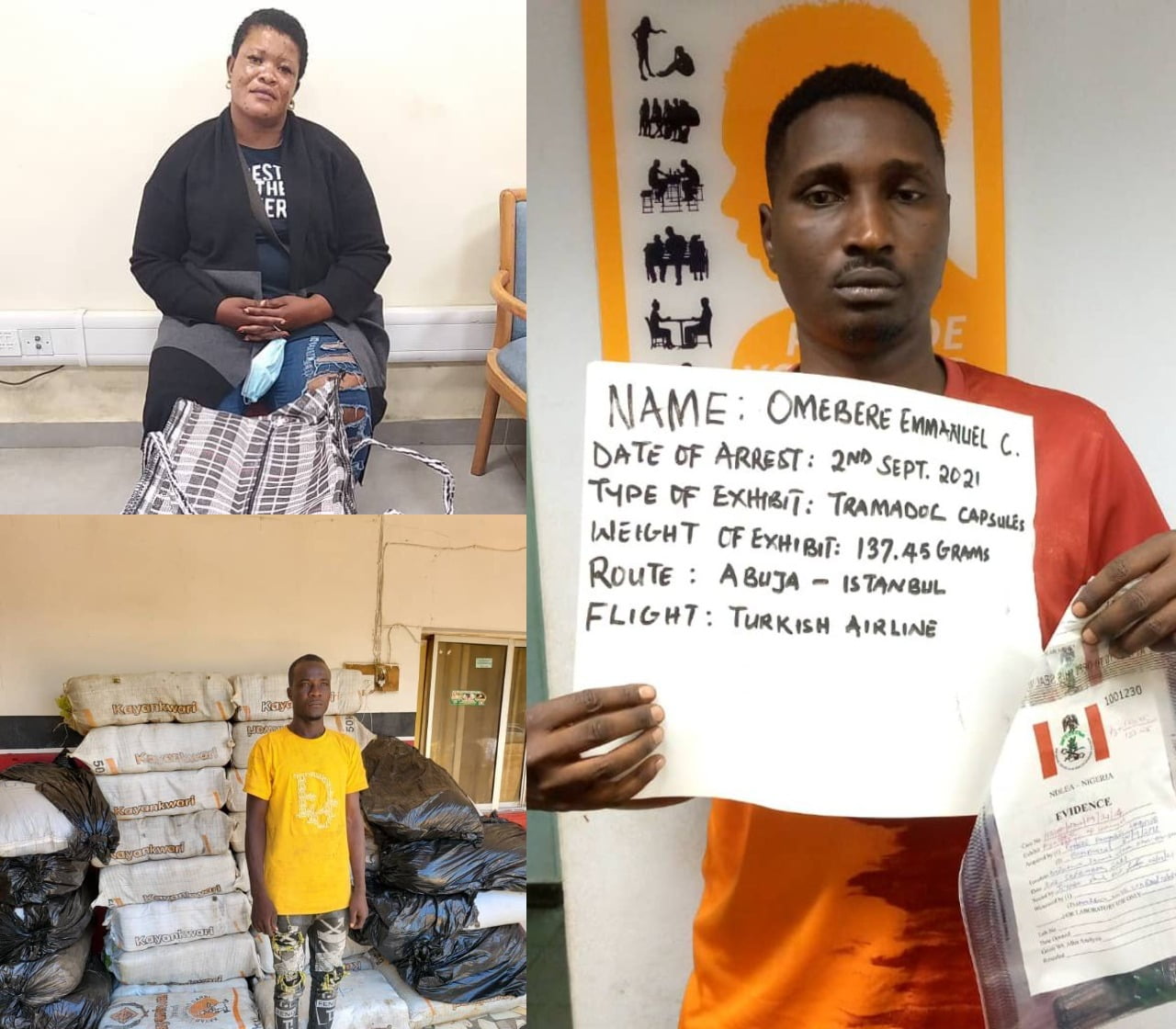 Attempts by one Emmanuel Chibuzor Omebere and a female rider, Isesele Obehi, to export illicit drugs to Europe through the Murtala Muhammed International Airport, MMIA, Lagos and Nnamdi Azikiwe International Airport, Abuja were thwarted by officers of the National Drug Law Enforcement Agency, NDLEA, who arrested them shortly before they boarded their flights.

This was made known in a statement issued by NDLEA’s Manager, Media & Advocacy, Femi Babafemi, on Lord’s Day.

According to Babafemi, Obehi was nabbed on Saturday during outward clearance of Ethiopian Airline flying at Gate B departure corridor of the Lagos airport on her way to Milan, Italia, with 3 hundred and twelve (312) sachets of Tramadol, weighing 1.5kg, concealed in crayfish and dried vegetables, patch Omebere was every bit caught with 137.45 grams of the same drug concealed in foodstuff at the Abuja airport on Thur during outward clearance of Turkish Airline flying to Istanbul, Turkey.

In some other evolution, a 38-year-old pregnant adult female, Kate Ngozi Nwuju was arrested on Tuesday 14th Sept at her residence in Rumueme, Mile 4 area of Port Harcourt, Rivers province, with 4.5kilograms of cannabis next intelligence that she sells drugs.

Also, one Aliyu Saidu, suspected to be a faux soldier, was arrested with 2.3kg of Cannabis Sativa in a commercial autobus from Lagos to Makurdi, on Monday 13th Sept at Aliade checkpoint, Benue Province.

In Kano, one Shuaibu Yusuf, was arrested on Fri 17th September with 537kg of cannabis sativa, concealed amongst bags of cement in a truck, patch in Ogun province, 5 persons were arrested on Tuesday 14th September after their truck conveying 552kg cannabis was intercepted at Ogere Remo, along Lagos-Ibadan expressway.