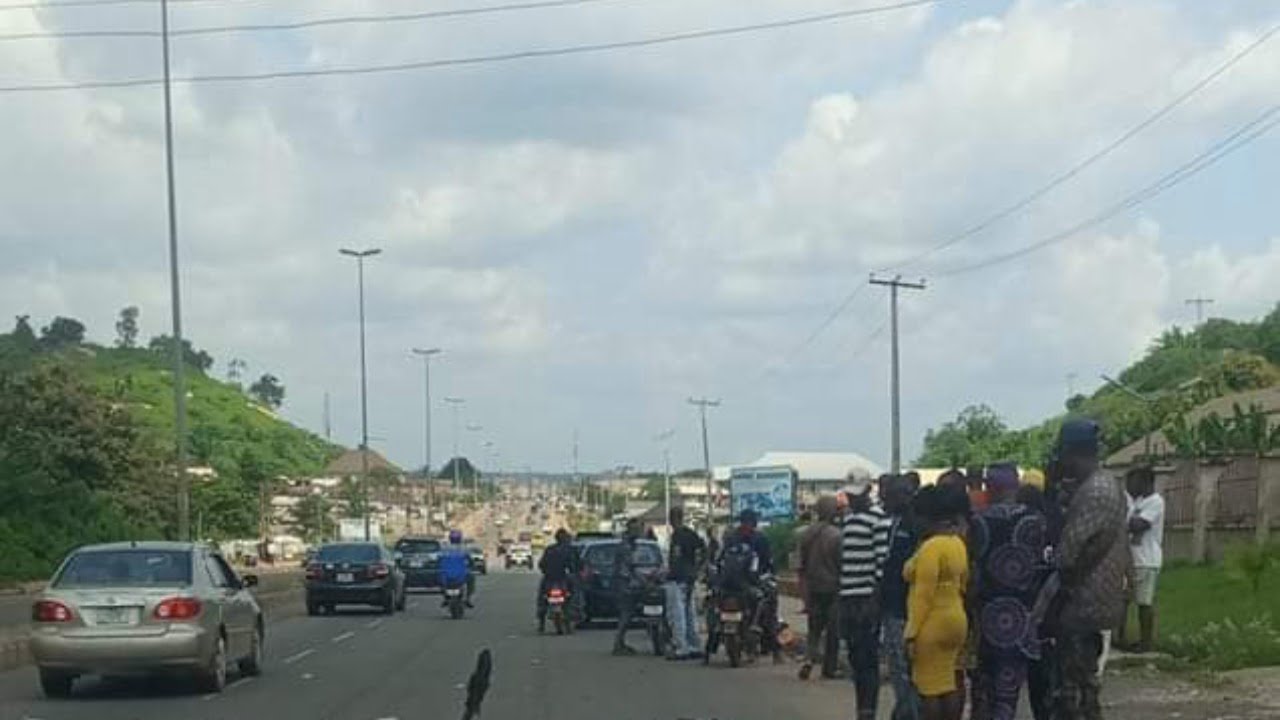 A middle-aged man has lost his life after he was knocked downwardly by a hit-and-run driver in Ondo Province.

The deceased who was selling phone accessories was hitting a driver who was on top speed along Airport route, Oba-Ile, Akure Northward Local Authorities Area of the province.

Some other hawker was also injured severely in the accident which occurred at the front end of a pop case centre in the area.

According to an eyewitness, the victim whose identity could not be ascertained was using wheelbarrow to peddle his goods died instantly after he was hitting.

The eyewitness added that the driver who drove a Toyota Venza zoomed off instantly next the incident.

With the goods of the deceased scattered on the route, the victim was said to be heading to Akure metropolis to sell his wares.

The Sector Commander of Federal Route Security Corps in the Province, Ezekiel SonAllah said ”the corpse of the dead victim had been deposited in the morgue patch the injured individual has been taken to the infirmary for handling.”