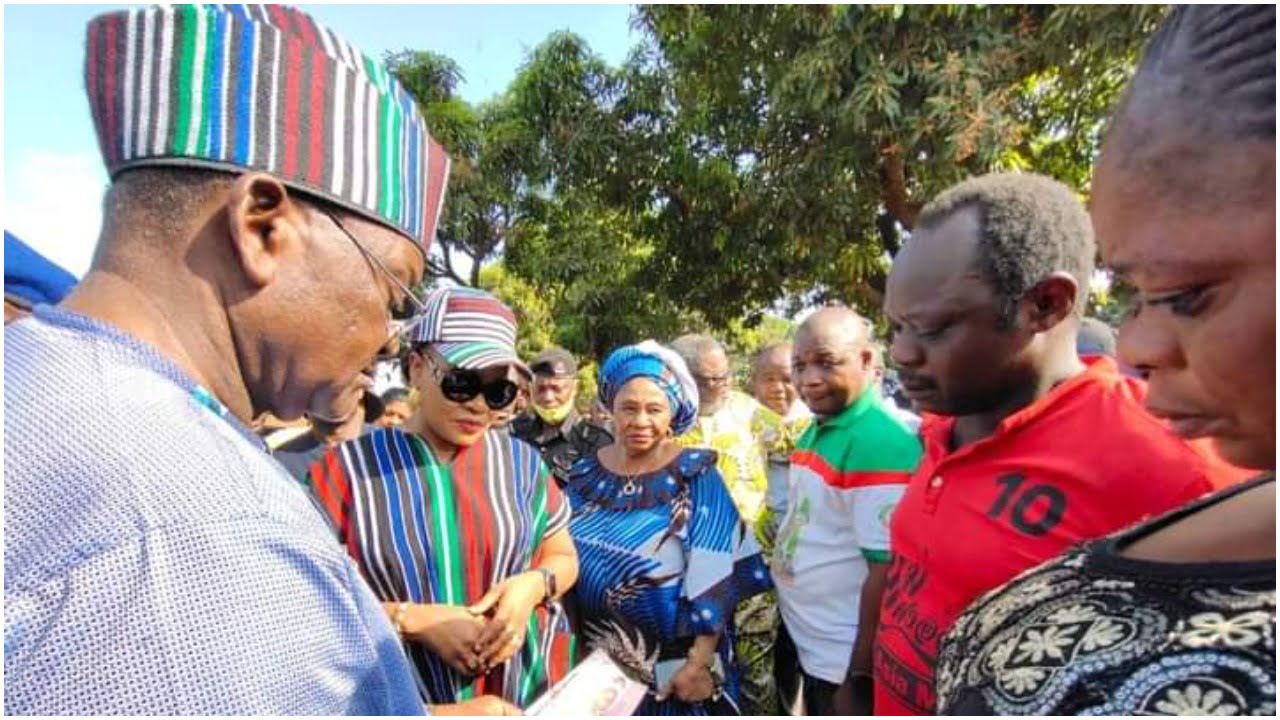 Governor Ortom, during a condolence see, described the incident as tragic and unlucky, stressing that only God gives and takes life.

Speaker of the Benue Province House of Assembly, Titus Uba who also accompanied the Governor, piece offering prayers, asked God to grant the deceased eternal ease and the Gabonese Republic household the fortitude to bear the irreparable loss.

A shut associate of the household recounted that the 3 children were eating in a thatched house, kitchen when a friend visited in a vehicle and drove to a halt.

According to him, when the occupants of the vehicle were alighting, the vehicle of a sudden zoomed off and rammed into the kitchen, pulling downwards the mud house, killing one of the children and injuring the other 2.

As at the time of the see, the vehicle was parked at the scene with a smashed windscreen.