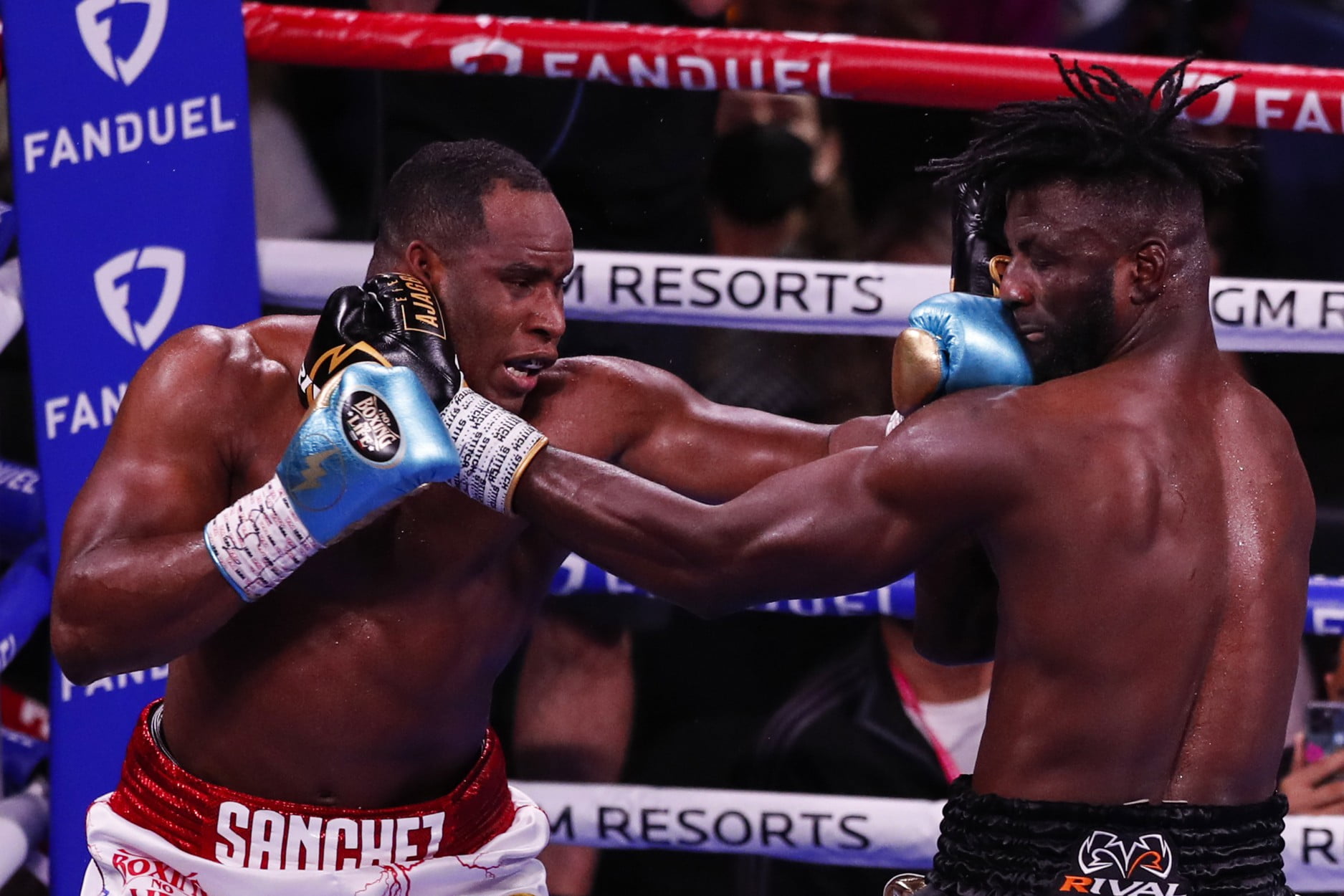 Nigeria’s Efe Ajagba has suffered the first of all professional person defeat of his career, losing to Cuban heavyweight Frank Sanchez on Sun morning time.

Ajagba lost via a unanimous choice.

Ajagba had survived the whole duration of the scrap to the 10th circular.

The scrap was an undercard case ahead of the heavyweight title trilogy showdown betwixt Deontay Wilder and Tyson Fury.

With the win in the 10-round bout, Sanchez remains undefeated and retains his WBO NABO, and WBC Continental Americas Heavyweight titles.