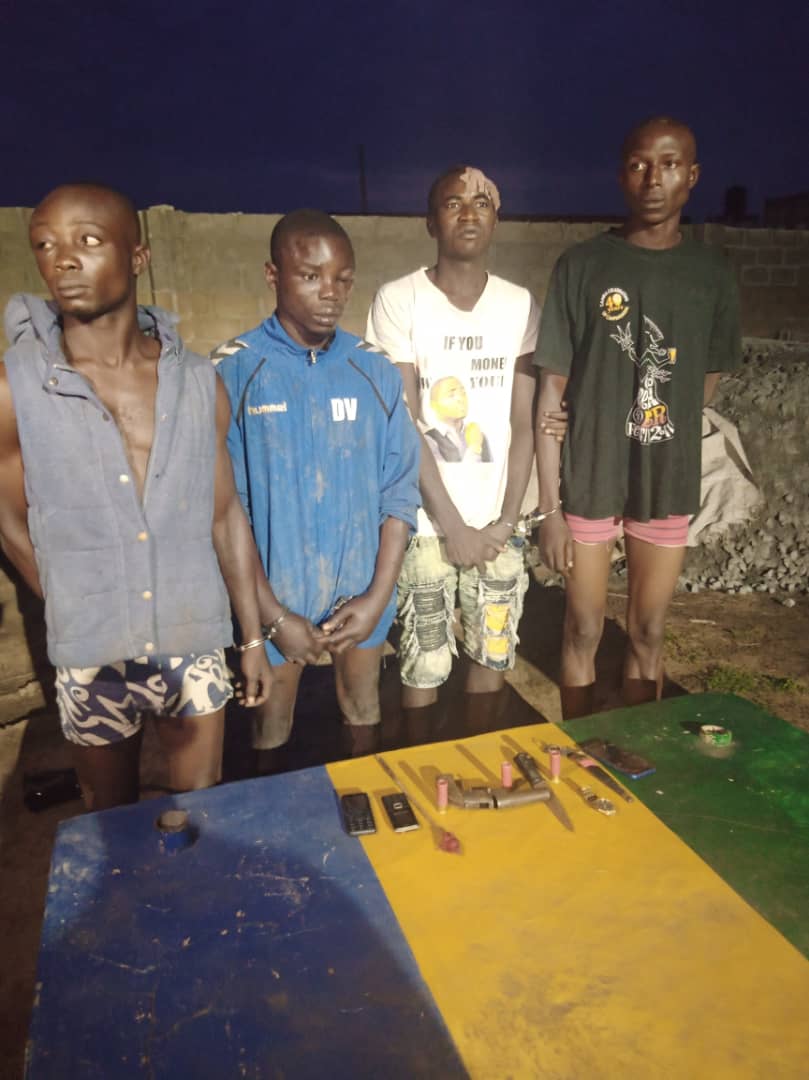 Four people, who the police said are individuals from feared clique gatherings, were on Saturday captured during an incomparability fight in Ogun State.

Police said the incomparability fight prompted a weapon duel among Aye and Eiye confraternities in the Atan-Ota space of Ogun.

Oyeyemi educated DAILY POST that they were captured following a pain call got by the DPO of Atan Ota division, CSP Abolade Oladigbolu at about 4am on Saturday.

The two gatherings were said to have gone out of control at the Hotel street space of Atan, shooting sporadically.

The DPO had prepared his men to the scene “where they met the two gatherings connecting with themselves in a genuine firearm battle.”

According to Oyeyemi, “the police drew in the gangsters and therefore curbed them”, prompting the capture of four of them.

Items recuperated from them are a privately made gun, three live cartridges, two blades, an iron bar and grouped criminal charms.

Meanwhile, the Commissioner of Police, Edward Ajogun has coordinated that the case be moved to the counter cultism segment of the State CIID for investigation.