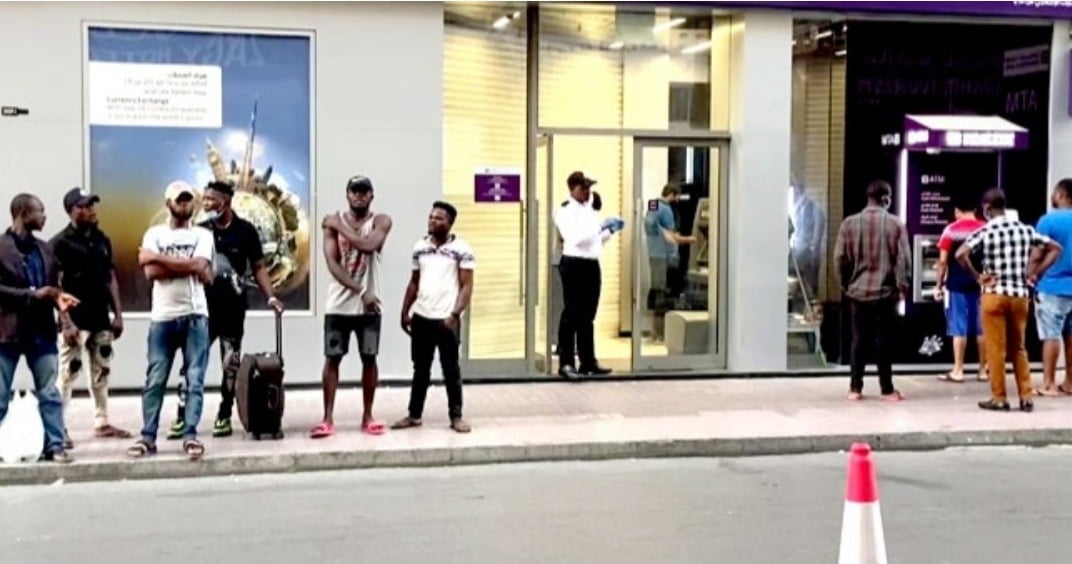 The condemnation came as Nigerians hailed the UAE for uncovering the lenders of Boko Haram and terrorism.

In an assertion, AI said the evening of June 22 and 25, police in Abu Dhabi broke into the homes of many traveler laborers as they dozed, focusing on Black Africans in racially persuaded arrests.

They were kept for quite a long time in al-Wathba jail and consequently expelled them without due process.

In detainment, the specialists exposed them to barbaric and corrupting treatment and stripped them of virtually the entirety of their belongings.

In September, AI interfaced with 18 casualties of the assaults and removals, containing 11 Cameroonians, 5 Nigerians, 1 Ugandan, and 1 Ghanaian – 8 ladies and 10 men.

The strikes designated Black Africans in many pads in al-Wathba. The couple of Asian nationals captured with them were taken on the grounds that they turned out to be living in similar pads as Africans.

AI noticed that the captures and ensuing cross examinations introduced a predictable example of racially propelled, self-assertive captures followed by incommunicado confinement for quite a long time in uncaring, packed and unsanitary conditions, trailed by discretionary deportation.

After information on the removals, the UAE’s Ministry of Interior, on September 3, clarified that the captures “including 376 ladies and men were done as a feature of lawful methods to address wrongdoings identified with human trafficking”.

AI cited the UAE as saying: “Those captured were observed to be associated with these violations, as the UAE was proactive in authorizing a complete law to battle illegal exploitation and safeguard the freedoms of all gatherings of society in a manner that ensures casualties and rebuffs violators of their privileges while stopping the people who carry out such crimes.”

Amnesty International approached the UAE to “promptly end racially roused detainments and extraditions and to direly give compensation to the many African nationals kept and ousted in the activity dispatched on the morning of 25 June 2021”.

The freedoms associations focused on that racially determined strikes and mass confinements are not in accordance with worldwide concession to common freedoms protection.

Kabirat Olokunde from Nigeria, expelled on August 22, was living in the Lagym building.

She said the police had not permitted her to dress and bound her in spite of the way that she was in her resting shorts.

“I was asking them: Why am I here? I’m not a lawbreaker. I have my papers. For what reason would you say you are bringing me here? They told me: Emirates give, Emirates take. I was likewise attacked,” Kabirat told Amnesty.

“Those imbeciles were contacting my boobs. I told them, you contact [me] again I will slap you.”

“Ricky” from Cameroon reviewed that in his jail cell of 62 individuals, there was a solitary non-African, a Bangladeshi man.

“That’s the reason he wound up in this wreck. They asked him: Why wouldn’t you be able to search for your own identity, or any Asian ethnicity, and live with them? For what reason did you go to remain with Africans?”, he recounted.

Amnesty International added that every one of those met portrayed a similar example of racial focusing in the apprehensions.